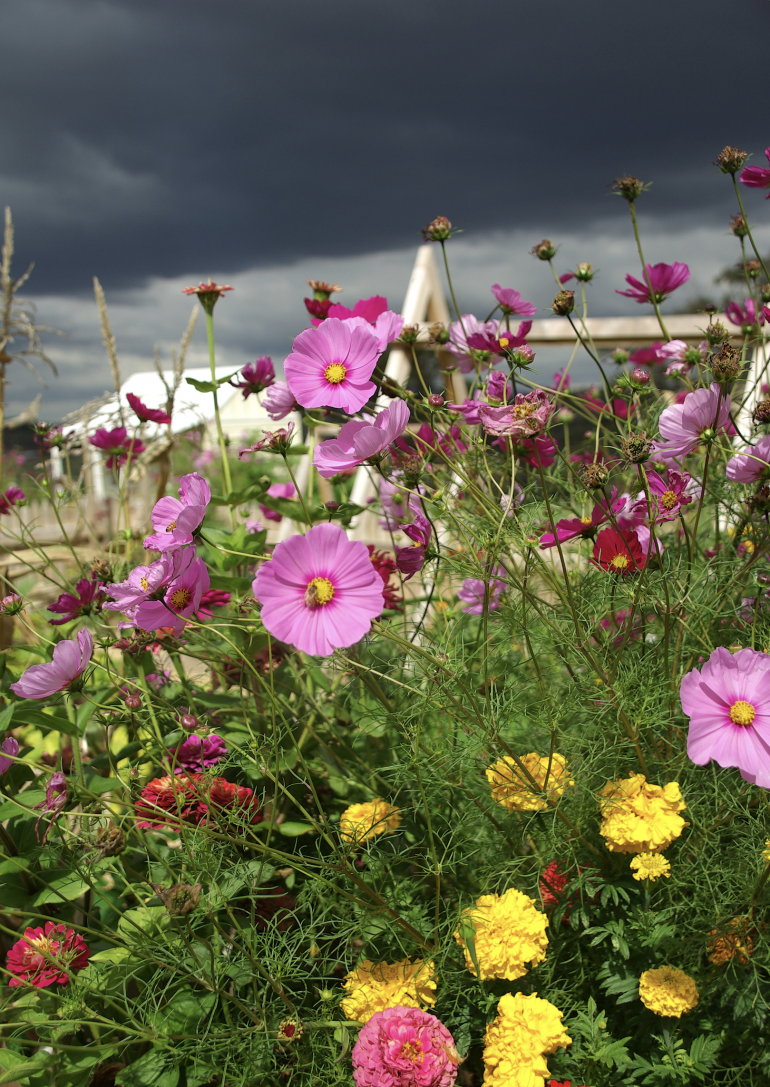 Believe it or not, just six months ago, Ashley James’ idyllic kitchen garden was nothing but a bare paddock and a rundown chook pen. In this short time, the Kangaroo Ground garden designer has created a flourishing and vibrant patch that looks like it belongs in an English picture book.

Last year, Ashley and his wife, Bianca, moved from Yea with their three young children – Harrison, Charley and Elsie – to live in the house where Ashley grew up. “It feels strange to be back and to see Harrison sleeping in the room that was mine as a kid,” Ashley says. “And Kangaroo Ground has changed so much – there’s more people and houses and traffic. But we love it here and decided this is the best place to raise the kids.”

Ashley grew up on the old dairy farm, in the picturesque white weatherboard house, which is one of the original houses of Kangaroo Ground. He attended the local primary school where his son is now a student. His father, Len Muir, is still well-known in the area for his property maintenance business, which Ashley joined as an apprentice at the age of 16. “I later did a Diploma in Agriculture and then came back to work for Dad,” he says. “When I was about 23, I decided to go out on my own. The cool thing to do was landscape construction but I stood back from that and focused on soft-scaping and design. I just love flowers.”