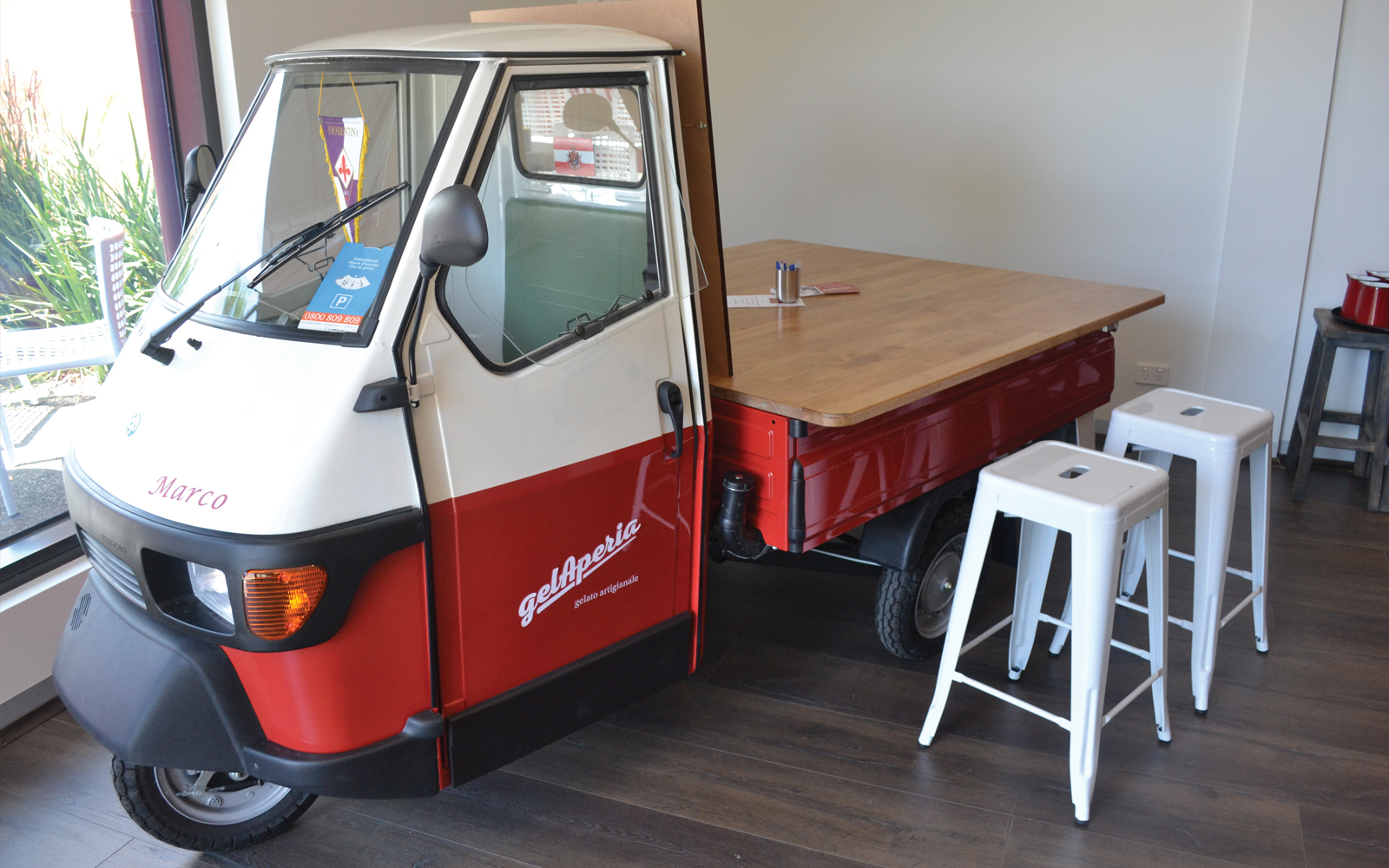 Using as many local ingredients as possible the gelAperia range of gelato is a delicious addition to the Yarra Valley food scene.

After spending more than a decade living, working and breathing the Italian lifestyle Davydd and Veronica Marrie returned to Australia hoping to bring a piece of Italy with them and share their passion. They began gelAperia in Healesville to make traditional Italian gelato with the philosophy of using as much local produce as possible, as in the Italian way.

“A cornerstone of Italian cuisine is the use of local, seasonal produce. The Yarra Valley has an abundance of fresh fruit and wonderful wines. Whenever possible, our ingredients will be sourced from the region. A locally made product, made fresh, sold by people who can tell the customer all about the product and how it’s made. In our gelateria customers will even be able to see us making it.”

While in Italy Davydd completed an intensive professional gelatiere course in Bologna to hone his skills. Using machines imported from Bologna the gelato is made using no artificial colours, flavours or preservatives.

“Like the fundamental nature of Italian cuisine, good gelato is the combination of simple, good quality ingredients. If our fior di latte alla menta gelato tastes of mint, it is because it is made with an infusion of fresh mint leaves – it will certainly not be a pale shade of green. If our sorbetto al limone has a pip in it, it was from one of the fresh lemons squeezed to provide the juice,” says Davydd.

The focus at the moment is on the gelateria in Healesville, but with plans to develop the wholesale side of the business as well as having their little Ape 50 (similar to a vesper) putting about to markets, weddings and other events.

Throughout June gelAperia will run a number of Gelato workshops and appreciation classes.

Head to the website for more.
5 Green Street, Healesville
www.gelaperia.com.au