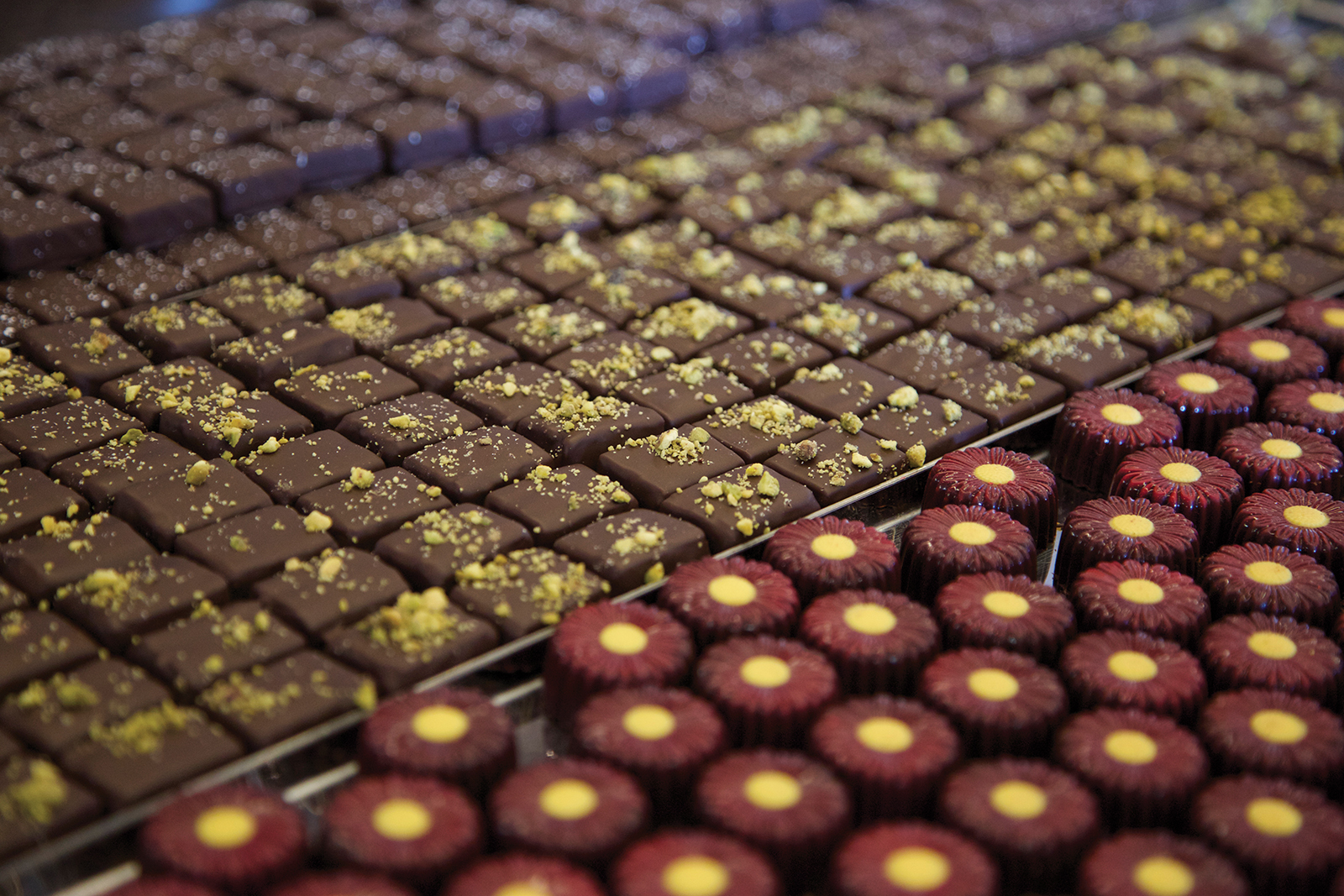 The owners of Yarra Glen’s phenomenally successful chocolaterie have entrepreneurial spirit running in their veins. Leanne Neeland laughs as she recalls her introduction, at the age of 18, to the cut-throat economics of running a small business. “I enjoyed eating and entertaining so I thought I would start a catering business out of mum and dad’s garage and that it would work, but it didn’t,” Leanne said. “But that is the thing: not all businesses work and sometimes you make mistakes, but you always learn.” Leanne’s resilience and determination to succeed grew out of watching her parents run their own businesses in Perth where she grew up. “I remember as a child my family would sit around at the table and count the till of an evening,” she said. “I was taught there was nothing I couldn’t do if I put my mind to it.”

Her upbringing put her in good stead for a life of financial gambles. She has run six businesses over the course of her 47 years, and despite her numerous successes — she was awarded Telstra’s 2008 Business Woman of the Year — her career has been marked by incredible risks. “There have been times in the past early on where I sold my house and rented so I could fund a business. But that has been part of it, I have always wanted to be an entrepreneur.” Leanne has hit her stride with her latest venture, this time with 57-year-old husband ­Ian Neeland. Their Yarra Valley Chocolaterie and Ice Creamery has been open about two years, but the growth of the tourist attraction has shocked everyone, Ian and Leanne included. They employ 86 staff — many of them locals, with the exception of the handful of expert Belgian chocolatiers — and more than one million customers have walked through their doors.

They sell five tonnes of chocolate a week (Rocky Road is the number-one choice) and run a host of onsite events, including the popular junior chocolatier classes, free tastings and “couverture journey” chocolate workshops.

But it has been far from smooth sailing. The couple — who separately ran their own packaging businesses in Perth before moving to Victoria — saw a gap in the market for a chocolaterie in the Yarra Valley about four years ago and bought an old 16-hectare cattle farm at Yarra Glen. “The locals really welcomed us but it took us a long time to get this project past council,” Ian said. “But we always had this vision to build a chocolaterie in the valley, and part of that has been dealing with councils and consultants. We have this fire in our belly and we are high-achievers so we continue to build.”
It has been a runaway success but Ian and Leanne are keen to distance themselves from impersonal business models that value profit over people, which is why Ian has consistently ruled out setting up a franchise model. “We still want to be artisan chocolatiers, we don’t want to become a big process line,” Ian said. “What we actually market is the experience, right down to the packaging and the workshops, and we just happen to sell chocolate.
“We don’t look at the people who come in to see us and think, ‘How can we sell more to them?’ That is not part of our values. Instead we think of how we can ensure they are not waiting too long in the line.” They are also keen not to be seen as interlopers in the valley, but locals who care about their community.

They have named one of their chocolates after the Donnelly family, who were the original owners of the cattle farm, and have used the timber floorboards from the farmhouse in their car park area. In addition to planting a 500-tree orchard (some of the fruit trees will be mature enough to supply fruit for the chocolates within a couple of years) they have also helped establish wetlands on their property and have planted 3000 trees.

Their dedication, however, has left them with very little time to enjoy the fruits of their labour. They live on the property in a house about 50 steps from the chocolaterie, and there are days when they do not drive out of their driveway. Their 16-year-old daughter has helped out by serving customers on occasions, but they don’t enjoy much of a work-life balance.
“We realise that the way we are working is not sustainable in the long-term,” Leanne said. “But this is our dream so we are working hard to keep up with it.”

Despite their hectic schedules they have also found time to establish a second chocolaterie — this one will be based in Bellbrae on the Great Ocean Road — which is expected to open its doors by the end of the year. It too has been mired in hold-ups, with some of the residents objecting to a business being built along the prized coastline.

“But that is the cost of being a pioneer,” Ian noted, wryly. A second business will mean Ian and Leanne will be busier than ever, of course, but they wouldn’t trade their life for anyone’s. “We love living in the valley; the scenery is different every day and there is the lovely blues, purples and greys that come off the hills,” Ian said.

“In autumn the leaves on the vineyards start to change colour. And we are just so glad the chocolaterie has worked because we put everything into it and we would have been in deep s… otherwise. We would have just ended up jumping in the car, driving to Broome and living in a cave.”