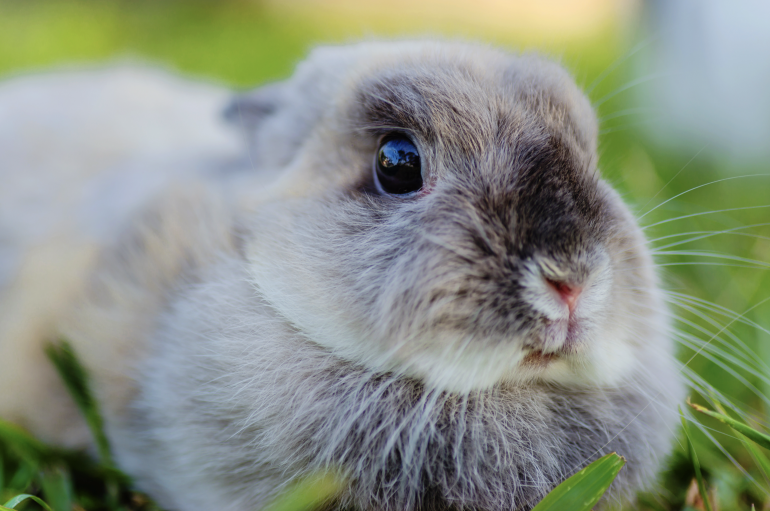 Olinda’s Rabbit Run-Away Orphanage, where every little life is precious

Over eighteen years ago, a couple of stray bunnies wandered into Judi and Bryce Inglis’s backyard in Glen Waverly. Their neighbour’s pet rabbits had quickly bred – as rabbits do – and the easiest option appeared to have been to let the babies roam, at the mercy of predators. This is a common (though illegal and irresponsible) practice. While there is no doubt that wild rabbits can do much damage to crops and gardens, pet bunnies are much misunderstood. People are often unaware that these gentle creatures make intelligent, clean and affectionate companions. By the time Judi and Bryce had saved five more unwanted bunnies, they realised that ‘rescue’ facilities, were more likely to euthanise than genuinely rescue.

Around the same time as the bunnies started arriving in their lives, Bryce had had triple bypass surgery and was unable to work. He was accepted into the government’s New Enterprise Initiative Scheme (NEIS) to start a small business in animal boarding. As their reputation grew, and unwanted bunnies started to arrive directly to them, the pair realised that council limits on the number of pets allowed in residential zones was going to hinder the rescue. The idea of the rabbit orphanage was seeded after seeing the amount of stray and abandoned animals that were being presented to rescue operations. Hearing of people surrendering bunnies because they’ve ‘accidently’ let them breed, or decided they simply no longer want them, or can longer provide a home, can be quite devastating to witness. In retrospect, Judi good-naturedly admits, “You don’t start up a rescue operation if you know what you’re in for.”